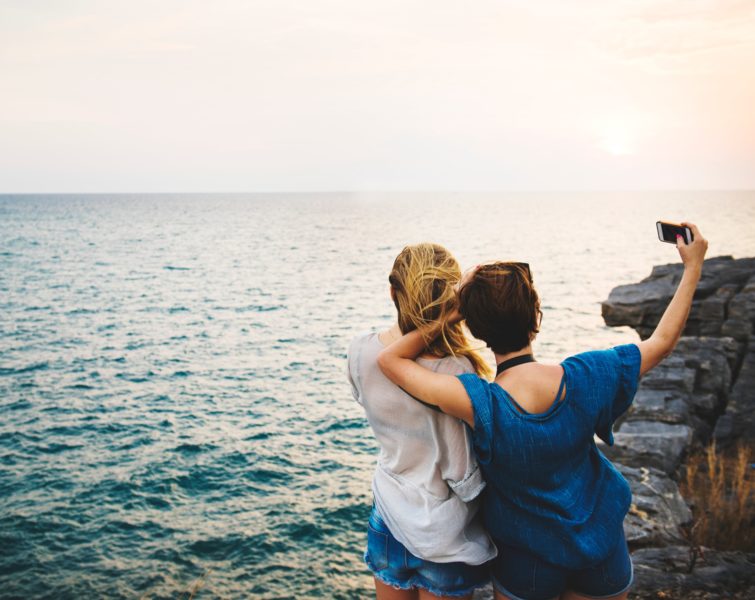 The Keeper of Their Stories

The Keeper of Our Stories

My sister Terri and I were lucky. We grew up in a loving home with attentive parents and a father who was an avid storyteller. Not only did he invent elaborate tales to tell us each night at bedtime, but he also shared with us stories from his own childhood – what it was like to grow up in a small town before and after World War I, what the grandparents we never knew were like when they were young. He gave us a strong appreciation for our family history.

After Dad died when I was 16, Terri and I hung onto those stories, telling and retelling them to each other. Some of them my father had typed up into a memoir and I lugged those many pages with me over the years as I moved from one house to the next. And as we got older, Terri and I created our own stories, our own memories—some poignant and emotional, others just funny moments we shared together as little girls who then grew into teenagers in the 1970s.

We were each other’s memory-keepers and fact-checkers. Many were the times one of us would call the other to verify what we remembered about a particular event. The two of us held together our past and treasured the tales we could tell to each other and to our own children about the girls we had once been.

When Terri became ill, we told and retold those stories all the more. Both of us sensed that the time we had left to share with each other was dwindling, would soon be gone, but neither of us realized just how quickly, how abruptly, that ending would come.

Terri died in January of 2015. I wasn’t ready for that loss, even though I knew it was coming. In the first few months after her death, I was too stunned and grief-stricken to think about those stories, those memories. At that point I only knew that the one person who knew me better than any other person in the world was gone. Everyone in my childhood family was gone. My mother had died just two years before that. I was alone.

Of course, I still had my daughters, but they had not lived in those treasured days of my childhood. They didn’t know how we once ran the vacant lots at the bottom of our street, pretending to be horses or pirates or princesses; they didn’t join us in our secret late-night swims in hotel pools or sunbathe with us in our driveway while our transistor radio filled the air with Deep Purple, the Beatles and the Stones. I began to understand that if I wanted them to have some sense of those halcyon days—before the internet and cell phones —I would have to be the one to tell them.

But I wanted those stories to last. And so I turned to my writing, creating essays and poems about my sister—about our youth, about our struggles, and about my learning to live without her. In my poems I can not only revive a moment like our catching fireflies after dark or roaming the boardwalk in Rehoboth Beach– I can also examine my current feelings of loss through those memories.

There is a unique kind of loneliness that comes from being the sole survivor of a special time and a special family. Writing down what I recall, filling in mere facts with the emotions, the scents and sounds of those long-gone days, has helped me through that loneliness. Not only does it allow me to revive the moments I shared with my sister, but it also provides me a way to create something indelible that might be a solace to others – something that will survive all of us.

Melanie McCabe is a writer and former high school English and creative writing teacher, and bereaved sibling. Her latest poetry collection, The Night Divers, is now available on Amazon and from Terrapin Books. The link to the book on Amazon is can be found in the Book section of the TCF national website: https://www.compassionatefriends.org/books/ Her memoir, His Other Life: Searching For My Father, His First Wife, and Tennessee Williams, won the 2016 University of New Orleans Publishing Prize. She is also the author of two other poetry collections: What The Neighbors Know, (FutureCycle Press, 2014) and History of the Body, (David Robert Books, 2012)."