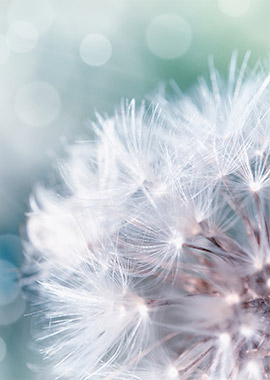 Grief as a Second Language

My daughter died 22 years ago. Not a day goes by that I don’t think about her, even after all this time. Sometimes she is a passing thought and sometimes something happens that reminds me of her and the fact that she is no longer here with me brings back that searing pain that we can all relate to. When I think of her now it is usually not painful or sad, but it has taken a long time to get to this point.

My husband and I began going to the Compassionate Friends meetings about six months after our daughter died. We both dreaded that first meeting and the ones after that, but there was something about being in a room with people that really understood how we felt that kept us coming back every month for years. We knew we were not alone.

Somehow after several years of coming every month we began to facilitate our local chapter meeting and in 2004 we co-chaired the TCF National Conference in Hollywood, California.  At a time when we were barely functioning, TCF saved our lives. Now that I am further along in my grief, I can see things I was not able to see before that I have learned from her. My daughter taught me so much about life and love….and patience and acceptance. The list goes on. So when a friend of a friend asked me to write a book about what I have learned about grief and how to survive it, I thought it was good timing. Now I can look back and see my daughter was the biggest blessing in my life and she has also been my biggest teacher. Because of her life and having to go through the pain of losing her, I have a new perspective on my life and my purpose. I am a more compassionate and understanding person because of her; I am a better parent to my other kids who were born after she died, and I have a clearer understanding of what is important in my life.

After going through such a life altering, paralyzingly painful loss, I felt and I think a lot of other people feel like you can’t go through this pain and not want to help others get through it too. Because no one understands like someone who has also lost a child. I wrote my book, Grief As A Second Language, because I have been there and I have been through the worst…and I have survived.

My book is a guidebook to grief. It gives you tips and tools just to get through every day, and that is important in the beginning. It is not specifically just for bereaved parents but, of course, I covered what happened to me and how I dealt with all the things that go with losing a child. You can buy it on Amazon. My hope and prayer is that my book will help a lot of people, to give them a glimmer of hope in a dark time of their lives.

Sending you light and love…

Stacy Parker is a native Californian, living with her husband Steve and two kids in the Los Angeles area. She became a grief expert after her first daughter, Alyssa died in 1997. Since her daughter’s death, Stacy has been involved with The Compassionate Friends. She and her husband began facilitating their local TCF chapter in 2000. They also co-chaired the 2004 TCF National Conference, taking place in Hollywood, California. In July 2012 she was on the TCF International Conference board that took place in Orange County, California. Grief As a Second Language is her first published book.