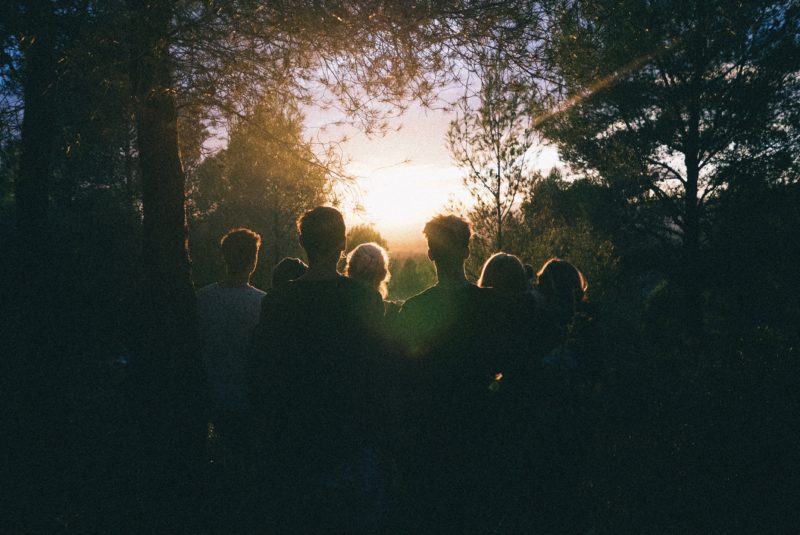 In 1968 in England, two young boys, Kenneth Lawley and Billy Henderson, died in a hospital, one dear lad from disease and the other youngster from a motor vehicle accident. About ten years earlier, a teenager named Simon Stephens had climbed into a car with his brother and sister and his parents for the last time before all but Simon were claimed as victims of a deadly wreck. From the tragic horror of these circumstances sprouted opportunity to give the survivors hope and, though unknown at the time, find ways to help someone else. Ultimately, these events changed the world.

For the parents of these dear children, Iris and Joe Lawley and Joan and Bill Henderson, life was altered forever, for and in the most unimaginably awful of ways. Desperate for help, they turned to one another for understanding, for an audience with someone who knew the true challenges of their experience, who might listen while resisting judgment or delivering direction to do this or do that mixed with advice to just get over it. Choosing a different path, these kind folks offered the opportunity to be there for one another, presenting the simple human gift of a hand, a hug, a tear, a knowledgeable nod of understanding. Perhaps they discovered that to help someone in a somewhat similar situation produced the opportunity to hope that survival is a possibility. Where hope exists, many of life’s doors that previously were so quickly and cruelly closed may now be opened a bit. A little light may sift through and wink at the loneliest of occupants in that darkest room filled to the brim with gloom and doom.

Enter Simon Stephens, a bereaved sibling, who had joined a religious order, inspired to be of service to others. When the Lawleys, the Hendersons, and Reverend Simon Stephens joined together, their intent was simply to seek the solace found in sharing a similar experience. This self-help technique worked. These were compassionate friends talking and listening and being there for one another. These very first volunteers welcomed the parents of a recently passed-on child, and the circle of loss to love and the growth of hope was established; with great care and attention, it flourished.

In 1971, Reverend Simon Stephens took his experience with this small group to the state of Florida, in America, to spread the thought that survival is possible after the greatest of human tragedies indifferently crushes the human spirit when a child dies. Paula and Arnold Shamres, bereaved parents of daughter Gabrielle, heard Simon and responded. Simon offered a method for the Shamres family to help themselves while assisting others by relating his experiences in England with the Lawley and Henderson families. What is this motivation on the part of those who hurt so much because they love so much to reach out and offer hope to those they know not? Perhaps it is the inspiration of the lives of those we love and not their deaths that is that singular special ingredient necessary for the miracle of survival to blossom from possibility to reality in a forever-fond memory embodied in the service to others and the gratitude for the chance to do so.

In 1972, a family of two parents and seven children buried Billy, age 19, the now-forever baby of their family after a car accident. Two weeks later, on New Year’s Eve, the mother of that child died after an eight-month-long struggle with cancer. The father, alone, devastated, visited his brother in Florida the following summer. Distraught and desperate, the dad agreed to visit a grief support group in Hialeah, Florida. Upon his return, my dad wrote a letter to his remaining children. One can imagine the profound sadness expressed within that document only if one has experienced similar events. The letter was read over a long period of time with trembling hands, lots of tears, and led away with the other tough-time memories of that challenging episode of my life so long ago.

Three decades later, after our dear son Brian had died in a car accident, while I was sifting through old papers and shuffling sad memories from room to room in one of those sobbing, lonely times in the humpty-dumpty, please-put-my-heart-back-together-again-world that only a mom, dad, brother, sister, or grandparent can even think about grasping, that same letter dropped out of an envelope where it had been kept for over 30 years. The time machine of the written word on this paper took me back to those horrific moments in 1972 when my big little brother Billy O’D (as he was 6’5” but still younger than me) was here one minute and gone the next. The overwhelming helplessness handcuffed me as I felt like a son I did not know what to do, what to say. As a bereaved sibling, how could I help my dad, my so-sick mom? Looking at that letter took me back, revealing for the first time that I now understood what my parents had experienced, for now, I had been forced to join that same crummy club of the saddest souls on earth.

After reading the letter, I placed it aside and noticed some printing on the back of my dad’s letter. I quickly realized it was from Paula and Arnold Shamres of The Compassionate Friends in Hialeah, Florida. They were the founders of the first TCF chapter in the USA. My dad had written his letter on the other side of the Shamreses’ letter. He had then had it copied and mailed to all of his surviving children. Like me, my dad had earlier found The Compassionate Friends in his hour of most desperate need.

To those folks back in England, the bereaved parents Iris and Joe Lawley and their precious Kenneth; to Joan and Bill Henderson and their dear Billy; to Reverend Simon Stephens and all of you who started The Compassionate Friends in the UK in 1969, I say thank you; To bereaved parents Paula and Arnold Shamres of Florida, in the USA, who helped my dad in 1973 at that first TCF chapter in the United States, I say thank you.

For the priceless effort that helped my dad back then and 30 years later helped my wife, Janet, our son Andy, and me after our dear 18-year-old son Brian died, I say thank you.

That meeting of the first five folks in England has led to the creation of over 600 TCF chapters in the USA, Puerto Rico, and Guam. Our Compassionate Friends organizations have sprouted as loving inspirational places all over the world. We have so many to thank for their presence, and it all started in a town in the UK so many years ago. So, to all of those kind souls who, for more than four decades, have raised their hands to volunteer to come early to a meeting and make coffee, set up chairs, lead chapters, or help in any way to make a TCF chapter work, I say thank you. You have helped many brothers, many sisters, many grandpas and grandmas, countless moms and dads recognize they do not have to walk alone, that they have friends who are compassionate, who have walked similar paths and will be there for them now, tomorrow, and always.

Most important to all of those most beautiful souls who every day provide inspiration to remember our hurt less than our love, remember their presence more than their parting, we say thank you. To all of the children who died too soon, we say thank you for being here with us today in your own special way.

To friend William Penn I would add, “We loved the children who died too soon yesterday, we love them today, and we will love them tomorrow. Death can never kill that which lasts forever.” We defy death with the simplicity of infinite, unconditional love, and we will do it forever. We are the family that will never walk alone. We are The Compassionate Friends.

In 2000, Pat O’Donnell and his wife, Janet, were devastated by the tragic death of their 18-year-old son, Brian, in an automobile accident. They credit their local chapter of The Compassionate Friends for helping them rediscover hope in their lives. Pat eventually served as a chapter leader and served as a member of the national TCF Board of Directors. Janet and Pat served as co-chairpersons for the 2006 TCF National Conference in Dearborn, Michigan. They have one other son, Andy. Since Pat’s brother Billy passed away in 1972, he has suffered the loss of his brothers, Jim and Tom. Pat can be contacted at billyodee@yahoo.com.