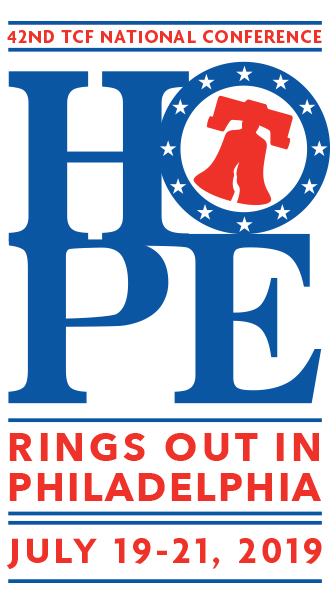 The Compassionate Friends National Conference is a weekend spent surrounded by other bereaved parents, grandparents and siblings. It is a place where hope grows and friendships are made with others who truly understand. With inspirational keynote speakers, abundant workshops for everyone’s wants and needs, and a remembrance candle lighting program culminating with the annual Walk to Remember, this time of healing and hope is the gift we give ourselves. Join us as together we remember and share the everlasting love we have for our precious children, siblings and grandchildren.

The 42nd TCF National Conference will be in held in Philadelphia, on July 19-21, 2019 at the Philadelphia 201 Hotel. “Hope Rings Out in Philadelphia” is the theme of this year’s event, which promises more of last year’s great National Conference experience. We’ll keep you updated with details here, on the national website as well as on our TCF/USA Facebook Page and elsewhere as they become available. Plan to come and be a part of this heartwarming experience.

• Choose to attend from nearly hundred different workshops and sharing sessions, given by professionals and also individuals just like you.
• Take advantage of “Healing Haven” to receive free personal services such as a massage.
• Craft items to commemorate the love for your family member in the “Crafty Corner”.
• Step away for a quiet moment of pause in the “Reflection Room”.

Staging a national conference involves the commitment of many volunteers, as well as the generosity of countless individuals, businesses and organizations. Conference sponsorships, at a variety of levels, are used to ensure that this important event continues to help all who need us. Please consider showing your support of TCF’s National Conference through either a sponsorship, silent auction donation, or an outright donation directly in support of the Conference. Any assistance is greatly needed and equally appreciated. 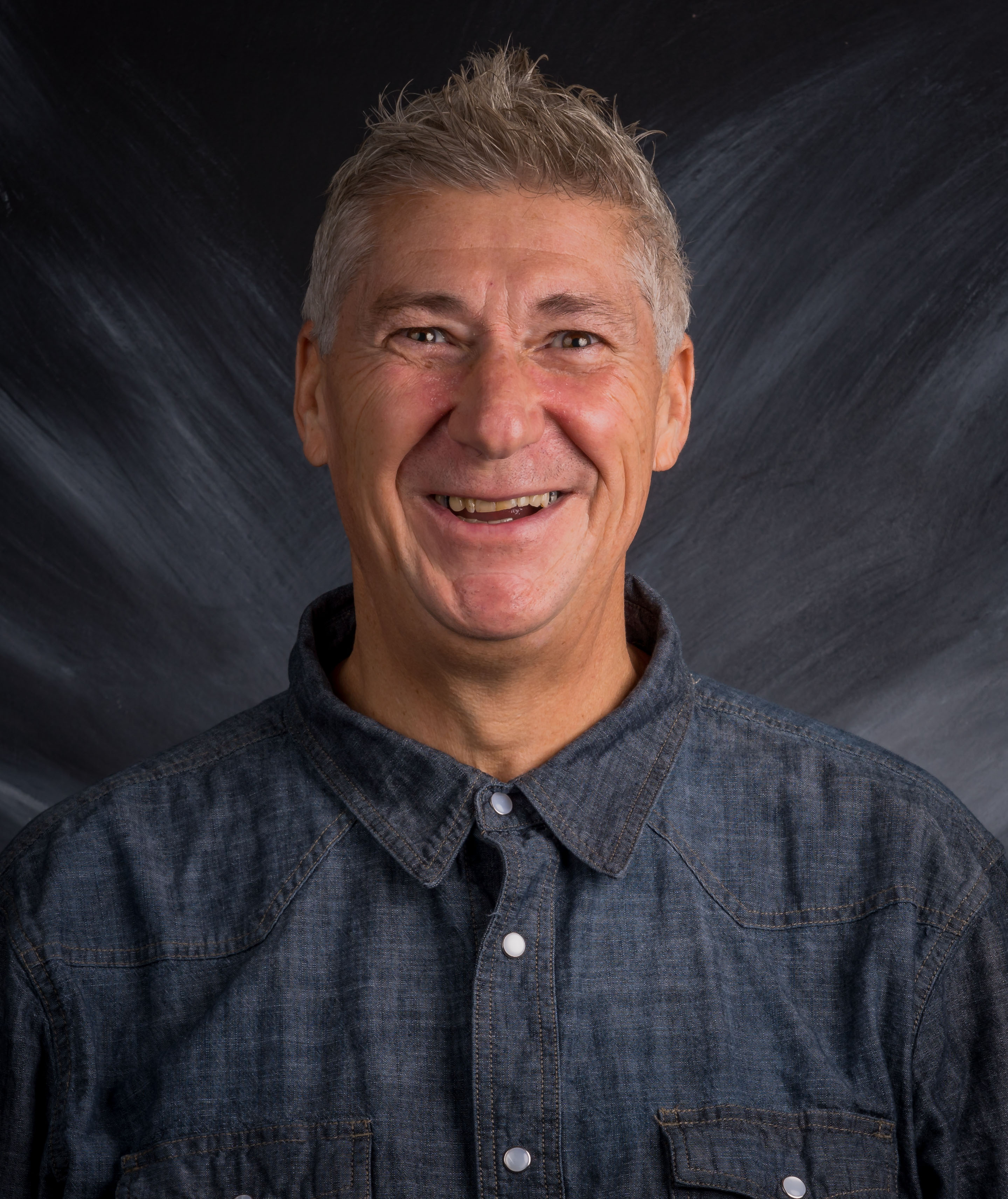 In 2013, Brian stood on a roadway two miles from his house staring at the wreckage of what once was his daughter’s car.  With the muddled comprehension you can imagine someone in his situation would have, he said to himself: a.) Shannon is going to need a lot of care; I’m in. or b.) Shannon has gone to heaven and guess what? He was in. Nothing he could do could change what had happened, but what he could change is how he responded. A year later, determined to not let sadness sink into the hearts of the many people who loved Shannon, he started a Pay-it-Forward campaign called Share For Shannon, challenging people to take the negativity of the moment and do something positive in Shannon’s name. Six years ago his life was changed forever. Today he is proud of where that change has lead him and the lives that have been forever altered because of one kind, compassionate, audacious 18 year old – his fierce daughter Shannon Heil. He is the Father and Founder of the Fierce For Shannon Foundation. This foundation invests scholarships and grants into young peoples lives who embody the same attributes that Shannon had and reminds the world the impact created by simple acts of kindness. He made a choice that day to honor the love and life of his daughter by taking his tragic moment and making it something amazingly beautiful. Inspire and Invest in Humanity. It’s what Shannon did every day and what the foundation will continue to do in her memory. 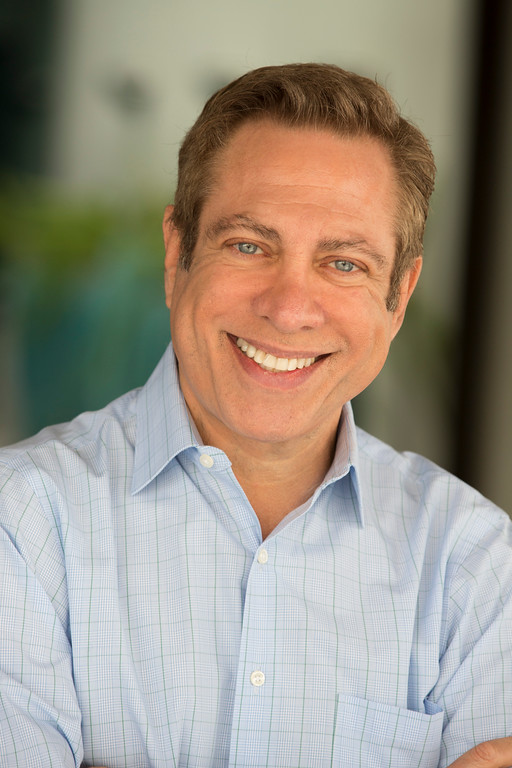 David Kessler is one of the world’s foremost experts on grief and loss. David’s personal experience as a child witnessing a mass shooting while his mother was dying in a hospital shaped his career and passion for healing. He is the author of five bestselling books, including You Can Heal Your Heart with Louise Hay. He co-authored two bestsellers with the legendary Elisabeth Kübler-Ross: On Grief and Grieving and Life Lessons. His first book, The Needs of the Dying, a #1 best-selling hospice book, received praise by Mother Teresa. David’s work has been featured on CNN, NBC, Fox, PBS, and Dr Oz. David is a contributing writer for Oprah.com, Dr. Oz’s Sharecare.com, Anderson Cooper 360. In 2016 David’s younger son died suddenly at 21 years old. He will be sharing his most personal journey of loss and healing in a new book from Simon and Schuster called Finding Meaning: The Sixth Stage of Grief in 2019. 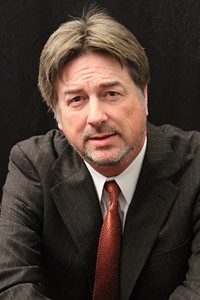 In 1998, Dale and his wife Debbie lost their only child, Dale III, at the age of six, to a previously undiagnosed heart tumor. They soon became involved in the San Fernando Valley Compassionate Friends chapter; Dale is currently the leader of that Los Angeles-area chapter. From 2008 to 2013, Dale served on TCF’s national Board of Directors, including serving as Treasurer from 2009 to 2011, and currently is a trustee of TCF Foundation. In recent years, Dale has been visiting TCF chapter meetings, conferences and events around the country, speaking about the grief experience and the role that The Compassionate Friends can play in the healing process. 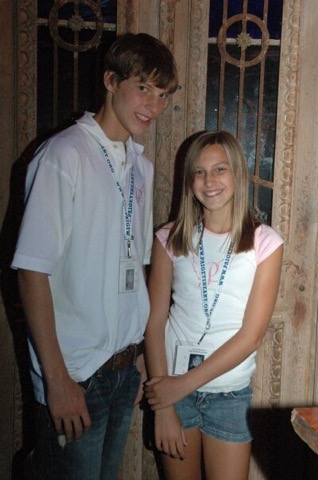 Dylan and Katelyn have been members of The Compassionate Friends family for half their lives. You might think that this is an exaggeration, or you might remember them from their very first conference in Nashville in 2007. Their parents had become active in a local chapter after their older sister, Paige, had passed away due to injuries resulting from being struck by a drunk driver in December 2005. Since 2007, they have attended ten national conferences as a family (11 this year) and a handful of regional conferences as well. What began as our parents dragging us quickly turned into us dragging our parents. Dylan had a strong foundation of support already in place between school and travel baseball, and Katelyn had one as well in the same cheerleading organization that Paige had been a part of. They both saw therapists for the better part of the first three years. The only person they didn’t turn to was each other. They were too stubborn and too lost and too blind to see what was right in front of them. In fact, the only weeks they would ever get along were at the conferences. While they lost the same sister, and reached the same milestones, their journeys couldn’t have been more different.  Or maybe they weren’t, and they just never talked about it together at home in fear that they might actually become closer.  All they know is that when at The Compassionate Friends Conferences, they were free to talk about Paige, to be friends with each other, to be a part of something much bigger than themselves. What began as an opportunity for them to grieve became more than just them. It became their friends and family gained over the years who they choose to keep in our lives, inside and outside of the conference. It became making memories in a new city with the most vital people in their lives.  Most importantly, it became about the friends and family who don’t know they need us yet.