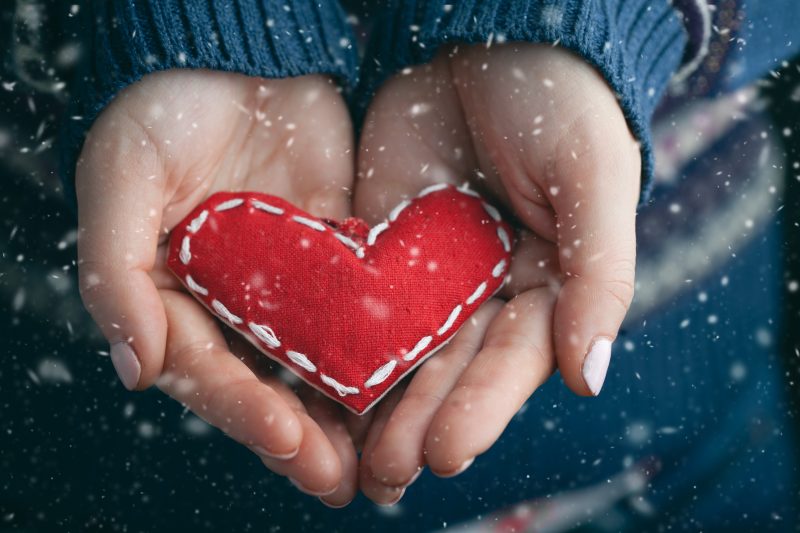 Though winter’s delicate, lacy snowflakes may remind us of the lace-trimmed hearts of February’s Valentines, the “mourning” heart seems frozen in time. The bitter winds of loneliness blow mournfully through our souls. Death has tapped us on the shoulder, introducing his brother, Grief, who has moved into our hearts to take up unwelcome residence. Wearied and exhausted by our pain, we have little energy to evict the intruder. It’s hard for us to remember that the sun still faithfully shines behind the clouds that have obscured our vision.

“Love” is apparently the thought for the season, and we are reminded of its tenderness at every turn. But a piece of the fiber of our lives has been torn away, and love seems a vague and unfulfilled promise that belongs only to others. Hearts and flowers, lace and love, romantic verse and melody seem to have abandoned us as we grope in the darkness of our beloved’s absence.

Will the pain every end? Will the hope of joy and renewal once again warm the frozen places in our hearts? Gradually, as the hurt begins to soften, and the thawing relief of healing slowly begins to melt the icy grip of our pain, hope does begin to “spring eternal.”

Roses, traditional in February’s favorite holiday, remind us that summer will return (even if it is not on the traditional calendar’s schedule!). It’s unlikely that we will ever again perceive the usual symbols of love in quite the same way as before, but in many ways our concepts of genuine love will be stronger, richer and less assailable. Frivolous and shallow affection are absent from our thoughts. Deeper commitments and more demonstrative attention have become our new marching orders.

In costly lessons, we’ve learned firsthand how fragile and fleeting life can be, and we are now resolute in our determination to announce to our remaining dear ones the importance of our bonds with them. We abandon the intimidation of “limits” such as the archaic notions that a “man” mustn’t cry or say, “I love you,” or that we’re too busy just now to pay better attention to someone’s needs.

As little by little our pain softens and recedes, and we learn that suffering is but for a season, we also learn that LOVE doesn’t die. In our emotional lives, Valentines can now take on a new significance as precious reminders of the love that still exists on both sides of life. Love lives within our hearts, and even Grief cannot steal it away. Love is our bridge over the rainbow.

Following the death of her 16-year-old daughter, Judy, in 1976, she channeled her grief into addressing a void in the lives of he bereaved. In 1977, Andrea formed one of the earliest U.S. chapters of The Compassionate Friends (TCF) network in Indianapolis, Ind. She helped establish the first National Board of Directors for TCF, where she served as secretary and then vice president until 1982. After leading her own TCF chapter for nearly eleven years, Andrea’s dream of starting a “support group in print” in the form of a national magazine became a reality. In 1987, the first issue of “Bereavement – a magazine of hope and healing” rolled off the press on November 13 – Judy’s birthday. In addition to Bereavement magazine, Andrea’s years of grief support to the bereaved, conference planning, writing and speaking gave her the education and insight to write many booklets, including two for Abbey Press. After retirement she sold Bereavement magazine to a colleague and became editor for Centering Corporations magazine, Grief Digest. Some of Andrea’s most extraordinary traits were her remarkable compassion, empathy, and gift of communication – especially writing. Andrea died in April of 2019.