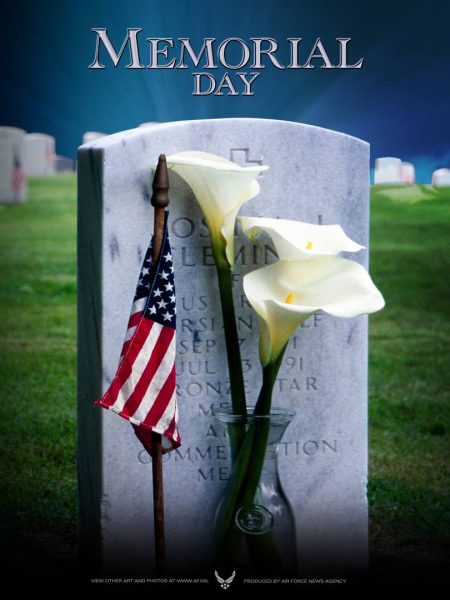 It is Memorial Day weekend…I remember the first one came just a couple of weeks after Nina died on May 11th. It was really the first time I thought about what this weekend meant…of course, first and foremost, honoring and remembering those who sacrificed their lives for our country; never having had anyone in my family in the military, I really didn’t think much about it. Having been a child of the 60’s, I did lose classmates who died in the Vietnam War. Yet, being young and naive, and never really tainted by the death of someone very close to me at that time, Memorial Day was mostly just an extra day off from school or work, Memorial Day sales, and that was about it. At least, back then…

My daughter Nina is buried at a historical cemetery in Cottage Grove, and there is a small ceremony done there each year on Memorial Day honoring those who are buried there as early as the Civil War…there are readings and prayers and the American flag is raised and a bugler. I’d read about it in the local paper each year but really didn’t ever consider attending. However, there I was at the ceremony, standing in the cemetery at my daughter’s grave, with only dirt and no grass covering it (because it was such a short time after the funeral) and no marker, I listened to the mournful sound of “Taps” and thought of all the other parents, brothers and sisters, grandparents, friends and family members who buried their loved ones much too soon from battles fought and young lives lost. And I wept for them and for myself, whose own beloved child died much too soon (and isn’t it much too soon for all of our loved ones, no matter the age???). Memorial Day now had new meaning for me, from that point forward. I see it as reverent and the superficiality is no longer there for me…it goes so much deeper in relevance now. Perhaps for you too?

I will be thinking of your children, brothers and sisters, grandchildren, nieces and nephews this weekend, as well as all those who gave their life for the freedoms in our country that we sometimes take for granted.