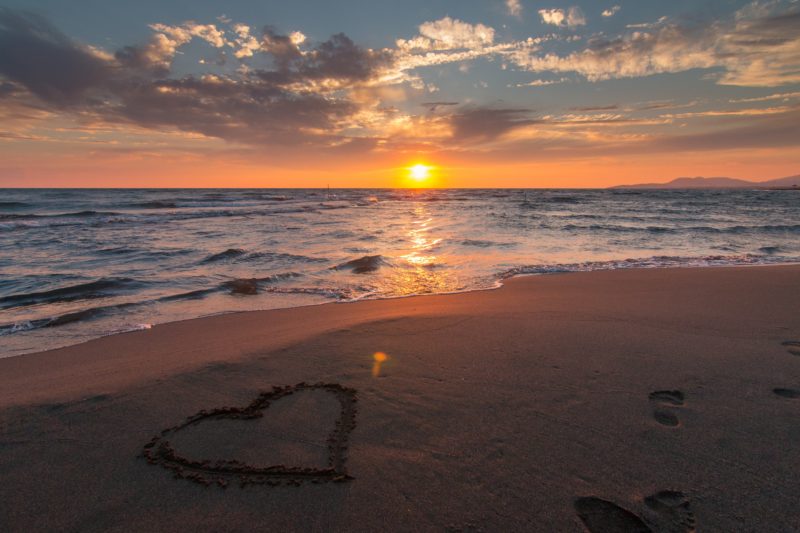 On December 14, 2001, my 25-year-old daughter, Melissa, suffered a cardiac arrest followed by a coma. She died fourteen days later. Her doctors concluded that the ultimate cause of her death was due to complications of an undiagnosed eating disorder. Suddenly and unanticipatedly, Melissa dropped out of our lives.

I immediately discovered a depth and breadth of searing emotional pain that left me disoriented. Sometimes, I found myself wanting to shake everyone in my world and scream, ‘You can’t believe what has just happened!’ I felt like someone who thinks they have just seen a UFO and fears that no matter what they say no one will be able to understand. Early on, when my supporters turned to me with their eyes full of concern, they also wanted to know how to help. The question always went unanswered because I didn’t have a clue.

As the days merged into weeks and then months, I learned much about the world of grief and began to discover some of the ways that bereaved parents survive and eventually thrive. I often found solace in the words of others. One day I began reading a book that shone a light on an aspect of my grief process that, at the time, I didn’t know I was confronting. Therese A. Rando, Ph.D., in How to Go on Living When Someone You Love Dies, writes about the distinction between an “anticipated death” and “sudden death.” She states that if a child’s death is sudden and not anticipated, loved ones may have more difficulty coping.

Parents are shocked to their core when they get the news of their child’s unanticipated and sudden death. They have been denied the buffer of time that could have helped them prepare. One minute their daily life is humming along the tracks of familiar routines, then out of nowhere one of the worst things that can happen to anyone strikes. The unexpected death of their child has no context; it doesn’t fit into the life they had before the news. Stunned, they become temporarily frozen in time and deafened to all but the terror and panic that is beginning to consume them.

Clearly, a sudden and unexpected death itself creates tremendous emotional stress. But that’s only the beginning as the pressure builds to meet the demands and responsibilities of one’s “previous” life. Perhaps one has other children to care for, a job pressing one to return, or bills on the table daring one to take a needed grief break. Other issues may haunt you as well. For example, it’s not unusual for a bereaved parent to become obsessed with finding concrete answers to one question: How did this happen? It takes time and energy to try to gather information surrounding a child’s death. It’s also not unusual for parents to blame themselves. There seems to be a place inside most parents that always want to protect their child, regardless of age, especially when their child has a problem or vulnerability. We may blame ourselves for not seeing the signs of impending doom and then conclude that our child’s death could have been prevented−by us. This self-blame extends the grief process, intensifies it and may result in becoming immobilized and overwhelmed by guilt and shame.

Complicated grief can also result in an emotionally vulnerable and/or dangerous state of mind. Some parents may even become traumatized depending on the circumstances surrounding their child’s death and their own life experiences. On the British website, www.suddendeath.org.uk., a list of common traumatic symptoms, as well as other related information, can be found. The symptoms include, among others, feelings of irritability, insomnia, nightmares, feelings of personal responsibility for the death, a belief that the world no longer makes sense, hopelessness regarding the future, isolation from others, and a decreased level of functioning in general. Whether or not the bereaved parent actually meets the criteria for a Post-Traumatic Stress Disorder diagnosis by a mental health professional, it is clear that any combination of those symptoms could easily interfere with one’s ability to cope. Although some of these symptoms are experienced in most significant losses, when the symptoms are intense, last longer than what is typical, and interfere with daily functioning, it is important for the bereaved to be assessed by a professional. If they are having persistent thoughts about not wanting to live, feeling hopeless about the future, and not seeking help on their own, it is very important that loving supporters respectfully encourage them to meet with a professional for at least an assessment.

It is crucial for the grieving parents and their supporters to know that professional help may be needed, is available, and can help in ways that other resources are unable to. My husband and I saw a psychologist for quite a long period of time. She helped guide us through the most difficult aspects of our grief process and it made all the difference.

In addition to the professional help that my husband and I received, we experienced invaluable support and comfort from several other sources. These included: 1) Active support from family and friends through consistent ongoing contact. For example, at first, we were invited to brief, simple activities, such as going out for coffee or tea. Later, invitations to a concert or a regularly designated dinner date were offered. 2) Attending a series of grief groups. These groups provided a weekly structure that was very valuable during the first several months of grief. Interacting with other bereaved parents allowed us to take off our social masks for an hour and a half and be open about our misery with others who understood. 3) Engaging in activities that were distracting and preoccupying thus temporarily relieving stress. Early on, I volunteered at the Nature Conservancy doing simple tasks for goals I believed in. Also, doing things like jigsaw puzzles, crossword puzzles, and Sudoku gave my emotional brain a much-needed break. 4) Doing activities that helped to temporarily transcend (rise above) my loss. The source(s) of transcendence are unique to each person. I felt transcendence whenever I explored prairie lands with big blue skies, waving grasses and native wildflowers or while photographing almost anything that was part of the natural world. 5) Engaging in activities that began a process of transforming our past relationship with our daughter to a new one. As a family, we established a scholarship in our daughter’s name and held fundraisers to support it. My husband, who loves tulips, expanded his tulip garden and transformed it into a memorial garden for Melissa. The possibilities for people to process their sorrow and honor their deceased loved one are endless.

The rich mixture of all these sources of support—from short simple conversations over coffee with a friend to sessions with our psychologist to whom we brought the most serious issues—helped us survive and eventually thrive again. Grief work is the most demanding work that I have ever done; and, as anyone knows who has loved a child and lost them forever, this work will go on as long as we live.

Judith Sullivan, Retired LP, MA in Counseling Psychology, lives in St. Paul, MN and is retired as a Group and Family Therapist in the Adult Partial Hospital Program at Abbott Northwestern Hospital in Minneapolis, Minnesota. In December of 2001, her 25-year-old daughter, Melissa, suffered a cardiac arrest and died 12 days later. As a result of the sudden and complicated nature of her death, Judith wrote extensively about the experience, her grief as it evolved over almost a decade, and specifically the invaluable support that her husband and she received from other people. The culmination of this endeavor resulted in a self-published book entitled, The Terrifying Wind: Seeking Shelter Following the Death of a Child, in January 2014.