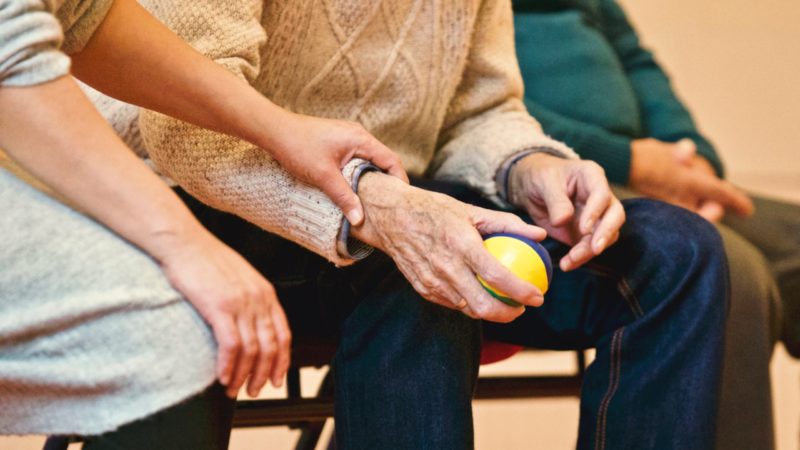 My cherished and fiercely loved son Jordan died by suicide in April of 2009 at the age of 19. In the minutes, hours, days and weeks that followed, I struggled to figure out how to live with a heart that hurt so much I could not comprehend why it still beat. It felt as though my entire existence had been detonated.

A dear friend made me aware of The Compassionate Friends almost immediately. As I trudged through time, I read TCF materials, sporadically attended chapter meetings, met with a grief counselor, and joined a suicide survivor support group. I was aware that a TCF National Conference was offered that summer – the summer of 2009 – in Portland, OR. Attending a conference at that point was unfathomable.

As I wrestled with unbearable grief, one of my coping mechanisms was reading, mostly about grief and loss. I read relentlessly and compulsively.

A book I found helpful was Life After the Death of My Son: What I’m Learning by Dennis Apple. In fact, Dennis’ book was so compelling that I had initiated an email correspondence with him. When he discovered that I lived in Northern Virginia, he mentioned that he would be presenting a workshop at the National Conference. He suggested I attend.

Several books I read were written by Gordon Livingston, including Too Soon Old, Too Late Smart and Only Spring. Dr. Livingston had lost two sons, one to suicide and one to cancer. When the conference materials were circulated, I noticed that Dr. Livingston, a psychiatrist living in Columbia, MD, was also a workshop presenter.

I went to Senator Smith’s keynote speech and I attended workshops for as long as my energy allowed. For the most part, I spoke to no one except to greet the people there who I already knew. I certainly did not seek to meet anyone else. I sat through presentations as silent as a stone, my crumpled tissues squeezed in my hands. I did not attend sharing sessions. I did not attend the banquet. I did not participate in the Walk to Remember. I did what I could. It was enough.

Gordon Smith, Dennis Apple and Gordon Livingston were amazing. Their words and their presence were affirming, validating, consoling, and encouraging. I felt as though I was the recipient of emotional CPR.

I knew then that, if possible, I would never miss another TCF National Conference.

This year, 2017, will be my eighth national conference.

It will be my h conference as a workshop presenter. I will be a facilitator for sharing sessions. I will attend the luncheon and the banquet. I will participate in the Walk to Remember. I will greet enthusiastically many bereaved parents and siblings who have become treasured friends.

I will embrace the newly bereaved. I will remember and honor my precious son. I will consider it time devoted in tribute to him.

If you contemplate attending a conference as a first timer, I offer these suggestions. Do what you can do, do what is right for you, conserve your strength, and take breaks when you need them. There is no obligation to participate in everything that is offered. (there is not even an obligation to remain in a workshop if you find it isn’t a good fit; you’re free to leave.)

If you know others attending this conference who has attended previous conferences, listen to their advice about which workshops might be most helpful for you. They will steer you to presenters who may be especially inspirational, affirming or articulate.

We are all different, we all have different circumstances of loss and we’re all walking our grief journeys in our own way. What is helpful to one person may not be helpful to another.

Conferences can be an intense experience. Give yourself time to process that experience. If it’s possible, take a few days off after the conference to reflect and recover.