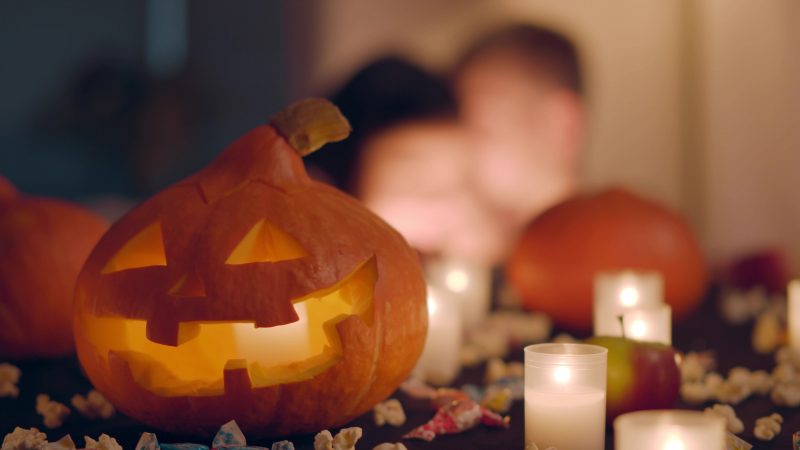 Musings on Halloween, Past and Present

As I type this, the nip in the October air is a reminder that the major holidays are just around the corner. Halloween paraphernalia has been in the stores since July with Christmas decorations right behind them. For those of us who are bereaved parents, this means the sooner the décor is on the store shelves, the longer we have the constant reminders that we will be facing the holidays without our child present. Whether this is your first Halloween following their death or years down the road, such as in my situation, the holiday season stirs the emotions. For example, with Halloween, there could be the sorrow of no longer having to find that perfect costume or witnessing the delight in your child’s eyes as they head out the door to trick-or-treat. If your child was an adult when they died, perhaps it is your old memories of Halloweens when they were youngsters. And there are those whose children died before they ever had the opportunity to create memories, the sadness that they were never able to experience even one holiday with that child.

Halloween can be particularly hard to get through. In the past, I always thought of it as innocuous enough; costume parties, children excitedly dashing door-to-door looking for treats, pumpkin carving, and the occasional harmless prank. However, after my daughter Nina died, I became acutely aware of things that I had never given a second thought. For instance, my neighbor made their whole front yard into a graveyard scene of fake headstones with scary or silly epitaphs on them, and terrifying creatures coming out of the earth. Before Nina died, I also found cemeteries “creepy”, but now look at them differently, even with a sort of reverence. I no longer have a problem going out to my daughter’s grave-site, even in the middle of the night. I find the solitude of the historic countryside cemetery dignified and worthy of respect. I was hurt by what I felt was ridicule and distain for the final resting place of our loved ones’ physical bodies. In addition, some of the masks portrayed faces of death in a way that I found highly offensive, especially since I knew many who lost their children to some of the means depicted. I perceived it as a mockery of the tragedies that these families suffered.

Though I still don’t pretend to understand the allure of the above-mentioned Halloween depictions, they aren’t as painful to me as they were the first few years after Nina died. Especially in the early grief years, we become hypersensitive to our surroundings and more keenly aware of anything related to death. It is pretty hard to look past the non-bereaved populations seeming nonchalance about something we take so personally. Though we wish there was more understanding, we also know all too well that they cannot truly empathize unless they have walked in our shoes. It is easy to forget that, before our children’s deaths, we too may have shown the same indifference. We’d like to think that we would not have been so callous because we now know firsthand how much this hurts those affected. However, before we lost our “innocence”, truth be told, we probably didn’t give any of it much thought.

On this 22nd Halloween without Nina, I do my best to ignore all the ghoulishness surrounding this time of year. If I do find I am having difficulty, I try very hard to focus on positive memories of Halloween’s past, such as her grade-school costume party where our basement became a makeshift haunted house where blindfolded “witches” and “fairy princesses” shrieked and giggled as they plunged their hands into bowls full of peeled grape “eyeballs” and wet macaroni “brains”, or the photos I have of her in different costumes over the years, from Care Bear to Punk Rocker. Then there is the photo taken of Nina on her last Halloween. No longer of trick-or-treat age, she stayed home to pass out the candy and carved her own Jack-O-Lantern that she is pictured proudly along side, with her ever-present smile and that wonderful twinkle in her brown eyes; such precious memories…

For those with a missing trick-or-treater this Halloween, the first holidays are the most difficult. Though I find they are easier to bear as time marches on, there will always be the awareness that someone so loved is absent from the family gatherings. Remember that this roller-coaster grief-ride brings different feelings with each passing year. It is important to allow those feelings—whatever they may be–and let them happen, Try not to be waylaid by other’s expectations of you. Trust your instincts. Truly, only you know what is best for you.