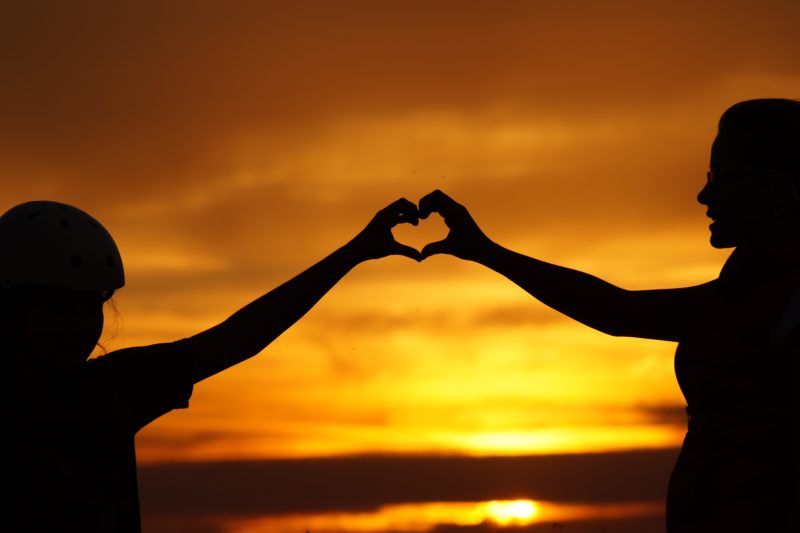 When my children were born, I was in my late 30s, climbing a corporate ladder, and driving the one car I ever cared about. I am not a “car person.” I usually don’t care much about what I’m driving as long as the engine starts. But that car? That car was a silver Saab 900S. What a car! I loved the way it handled, the way it looked, and the way it made me look. I was convinced that a certain cachet accompanied driving such a car.

I soon learned that a Saab 900S most decidedly did not work for two toddlers or preschoolers. By this time, I was a full-time mom, having stepped off the corporate ladder. I needed a vehicle that could accommodate car seats, diaper bags, mini-coolers, and portable potties. I did not need a Saab; I needed a minivan. Reluctantly, I joined the army of minivan driving mothers.

I have no idea how many miles I put on the two or three minivans we owned over the years. I regularly took the children to visit my newly widowed mother, a three- hour drive away. I drove to pick them up at school, to take them to sports practice, to music lessons, to doctor’s appointments. I drove them to summer camp. We loaded up the minivan to head to the beach for a week.

In the minivan, I refereed sibling spats, handed snack bags to grumpy children, eavesdropped on their conversations with friends, and played books on tape (Little Lord Fauntleroy was a favorite.) I picked them up from sleepovers in those minivans.

I have no sense of direction and was lost far too often. When GPS first came out and was advertised on TV, the children instantly exclaimed, “MOM! THAT’S what you need!!”

When the middle school band director persuaded Jordan that he should play tuba, I had no idea I would become a “tuba mom.” But I did indeed become a “tuba mom,” transporting the instrument between home and school, creating an illusion that practicing had taken place. I transported it to competition sites and I delivered it to concert locations.

My minivans are gone. They are also gone for many of my friends who were raising their children at the same time I raised mine. Those friends have intact families. Their adult children may be geographically dispersed, but they are thriving and regularly the “whole” family is together. Often those families have expanded to include in-laws and grandchildren. Photos are posted on social media. I try not to be swallowed by envy when I see such photos.

I will never again have a new photo of my “whole” family, my “intact” family.

I imagine that some of them feel sad and wistful about those halcyon days gone by. I do, too. But in addition to the sadness and wistfulness, I feel something else: recalling those minivan moments utterly breaks my heart. I try to carry gratitude with that pain. I am grateful for memories of minivan moments and I am very, very, very glad I surrendered the Saab.