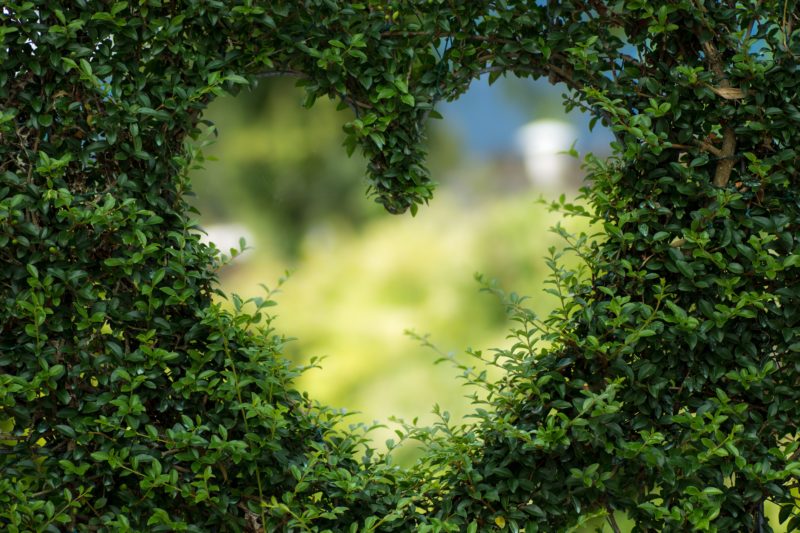 Living When You Don’t Want To

I can recall with perfect clarity the exact moment when I first realized I wanted to die.

It was four weeks to the day after our daughter had passed. It was also our 20th wedding anniversary—a fact that was totally lost on me until late in the afternoon when it came drifting back into my memory like a stray cat you keep feeding in between disappearances. Time was lost to a fog, and the details of what took place when are still soft and loose around the edges in my mind, like reflections in a puddle. But we had only cremated and held her memorial a week or so before. And Harvey was either soon to descend or right behind us or maybe sitting over us like a bad omen.

It was my first time back inside a grocery store.

It didn’t help that the shelves were picked bare as if the end of the world were happening “out there” and not just in my head and heart. I followed my husband down each aisle like a shadow he couldn’t shake, quaking with the onslaught of triggers that a grocery store holds only for the grieving, and most especially for the grieving mother. I couldn’t think or speak. I could barely step one foot in front of the other. Tears streamed down my face and I was too wrecked to have the good sense to hide them. He kept turning to me and asking, “Do you want this? What about this?” And I would stare at him with blank eyes, unable to process his questions and growing ever more aware that I not only didn’t care, but I needed out. I needed out of this building. I needed out of this experience. I needed out of this life.

A thought repeated itself like a hammer striking in my mind, “I don’t want to live. I don’t want to live.” And by the time we reached the frozen foods, the thought had grown in the light of my consciousness. It had stretched out and shown its full length. At last, after the umpteenth question about whether I wanted this or this, I remember screaming at him, “I don’t care. I don’t care what we eat! I want to die!”

I don’t know how many people could see and hear me. They did not exist in my periphery. There were only the ache and nausea and the sobbing of my heart. There was only her face before me everywhere I went, and my failure. There was only the overwhelm of a love and pain so great they could not be contained anymore in space and time, and the thought that once it had been witnessed, could never be unwitnessed.

I wanted to die.

I wanted it. It was a desire that was not only new to me but one I could never have even conceived of before losing Ev. And depression has been an on-again/off-again companion of mine since the age of twelve. But it was never powerful enough to override my will to live until now. In the first days after her passing, the shock was too great for any cohesive thought to find its way through. There was wailing — the high keening of a mother’s soul being ripped apart, and a deadening stillness that felt like falling into infinity. And there was rambling — moments of strange clarity and calm where I expounded, sometimes at great length, on abstract ideas that seemed to be rising and falling in my mind like stars bursting to life and then burning out. I was in a very literal sense out of my mind. And the desire to die, the desire for anything but her face and her voice and her body, was beyond my capacity in that state. But on this day, at this moment, almost a month later, desire entered me again. And it was a desire for what had utterly destroyed me only weeks before. Death.

I have lived now for 426 days with the siren song of death pulsing in my ears. With effort, I have lulled it to a soft whine on most days. But it never ceases. And when the maw of grief unhinges her unholy jaw and swallows me yet again, that whine becomes a whisper and the whisper a roar and the roar becomes a vacuum and in the vacuum, I am lost.

I remember looking my husband in the eye and telling him he had to send the guns away. I remember tearfully confessing to my surviving daughter that I could not be left alone, not even for a few minutes. I remember the morning I stepped into the garage and saw Evelyn’s car sitting there and thought with a wave of relief, Oh, how easy. Thank you, thank you. I remember rocking through tears more than once as I cried over and over, “I hate myself. I hate myself.” Biting so hard against the impulse to die that I felt I could chew through my own tongue. And I remember the many times I swatted off the urging of others for me to seek relief from antidepressants because I could not say out loud that I did not trust myself with a bottle of pills.

I have come a long way from those critical moments, and yet I know enough to know that more critical moments lie ahead. It is as though my default modes have been reset. The low that I reach at the inverted peaks of grief and depression now is so far beyond any point I’d sunk to before. I don’t think of myself as suicidal, even if the hotline is posted to the front of my fridge in my counselor’s handwriting. And yet, it has been a hard dawning to understand how little space remains between here and there.

I know this will sound extreme to anyone who is not mourning a child. But for bereaved parents, this is a normal reaction to an extreme situation. I haven’t talked to a mourning parent yet who has not contemplated death. My counselor calls it the brain’s attempt to solve an unsolvable problem. And I debated whether I should write this post or not. How honest should you be, Anna? I don’t want to be an alarmist. I don’t want to get a thousand texts tomorrow from well-meaning people who have never felt this sorrow and find it shocking. Their concern only makes me feel more like a bizarre Daliesque creature marching through a world that cannot see or understand me. But I think representing the gravity of this experience cannot be underestimated. I think helping those around the grieving to recognize the depth of our suffering is as crucial as helping to normalize that suffering for the grieving themselves.

I don’t want to hear another desperate mother tearfully and shamefully confess to me that she has wished her heart would stop suddenly after the death of her child as though she is less than human for feeling so. I don’t want to hear another well-meaning individual whose children are all breathing admonish the grieving with back-handed platitudes while glancing sidelong at them with wide eyes as though they are mad. Of course, we are mad. We are mad with regret and longing. Every breath we draw is a battle of wills. Of course, we are ashamed. We are full of horror and loathing at our own failings. We bend beneath the weight of our emotions until our backs arc like reptiles and our noses brush the ground. But if we are here, if we are speaking our devastating truths and crying until our eyes bleed, then we are fighting. We are fighting every second against the lure of eternal relief and the acute hope that somewhere beyond the warm flush of life we can be reunited with our children.

I think this one thing, this shift in perspective towards death, may be what sets us the farthest apart from non-grieving parents. Not only do we completely lose our fear of it. Not only do we look forward to it with a relish most reserve for paradise vacations. But we hear it calling to us in the hollows of our broken hearts. It’s a calling we’ve all considered answering at one time or another. More than we would probably let ourselves vocalize. It’s a calling we learn to live with. But there should be respect for the grit and bone and ire it takes to push on with life against the backdrop of the crushing drag of death’s promise. Not shaming. Not judgment. Not disregard. But true admiration and a willingness to hold space for what we cannot know but can still recognize and can still witness.

Suicidal ideation is part of grief, too. Maybe not when you lose your uncle. Maybe not even when you lose your grandmother or mother. But when you lose your child, it is as sure as the sun rising the next morning. Some parents speak frankly about it. Others lock it deep inside the stem of their brains. But most whisper it into the ears of the ones they know will understand—other grieving parents. And we remind each other to keep breathing. We remind each other that even though we each feel isolated in our individual worlds full of people who have no idea what this feels like, we are not alone. We belong to each other. We belong to the memories of our children and our surviving families. We belong to our love and our pain. We belong to the living, even when we don’t want to.

Anna is a crystal healer, spiritual teacher, YA author, and self-taught artist. Anna’s world was shattered when her beautiful and beloved daughter, Evelyn, passed away unexpectedly in her sleep at the age of 18.