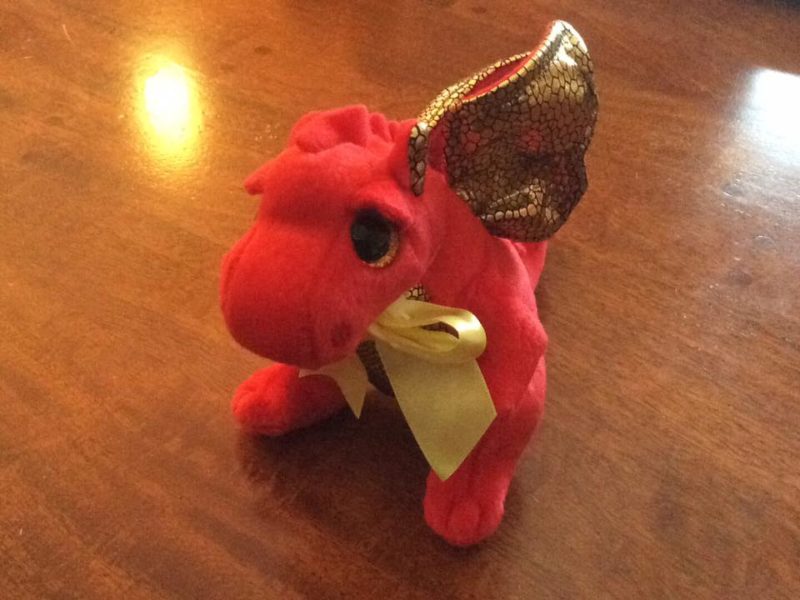 In his younger years, Tom loved stuffed animals. Much like me when I was his age, he connected with them on an emotional level. Each one was given an appropriate name and had its own personality, and the bookcases in his room were full of them. Some were mine which I passed down to him, but most were gifts from family or purchases made with his own money.

As he matured, his interest in the animals faded, and eventually most were donated to charitable causes. But he keep a few of what I assume were his favorites or which held the most sentimental value. When I cleared out his room, I found the little stuffed bat he bought at Howe Caverns when we visited upstate New York many summers ago. There was the panda he bought at a Chicago rest area Panda Express restaurant from the same trip. There were some Pokemon, including a large Pikachu, which I remember him using as a pillow some nights. I was happy to find the flying monkey I purchased for him when we went to see “Wicked” in Seattle a few years ago. And there was one of his “bubbies,” a stuffed Pat the Bunny on which I had drawn red polka dots to match his skin when he spent a year with a viral infection which did the same to him. I also found a Pat the Bunny baby toy, which played a song over and over at the push of a button, and which LJ had taken apart so he could replace the battery and then which I sewed up during “surgery.” Each of these animals hold a special memory for me, so I have held onto them, leaving them on a shelf in his room, now our “Toffice.”

This week marked nine months since his passing, and I still ache for him every day. Last week, I visited the pharmacy to pick up a prescription for LJ. On the shelf was a little red dragon which made me think of Tom. I thought about buying it, but it did not make sense to buy something for him when he is not here to receive it. But when I ended up back at that store yesterday and it was still on the shelf, I could not walk away without buying it for him. It seems like something young Tom would have not been able to pass up. I added the yellow bow and now it is sitting next to me as I write, a tribute to Tom’s ongoing presence in our lives, even in his absence. The tag says his name is Legend.