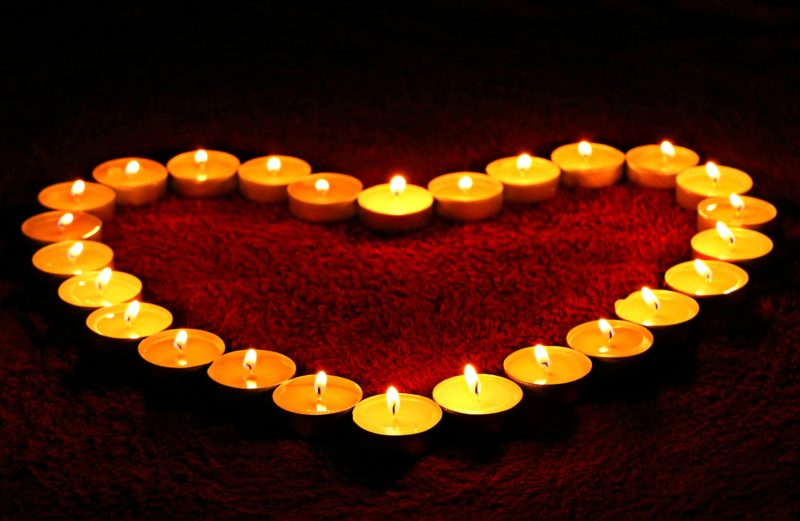 Learning to Bear the Unbearable

Our, and my youngest child, Kaitlyn Arquette, was chased down in her car and shot to death in Albuquerque, New Mexico while driving home from dinner with a girlfriend.

I have little memory of the first days after the shooting, but people tell me I was very calm and efficient.

I comforted my husband, Don, and surviving children.

I did write a poem that says it all:

I cannot look at it fully straight on. Not yet.

Tiny sideways glances are all I can manage.

One image at a time. Her graduation picture.

Her record collection. Her lonely black cat. Her aquarium.

A schedule of college classes spanning the next four years.

The posters from her bedroom, a jigsaw puzzle, half completed, A romance novel with a bookmark at page fifty-seven.

A brown rose, carefully pressed. Who gave her the rose? Lyrics from a love song, copied in a notebook.

Did somebody sing that song to her, or was she waiting, Dreaming away the years until she would hear it?

I cannot look at it fully, straight on. Not for a while.

I focus on each small chore as a separate entity.

Clothes are sent to a cousin in California.

Teddy bears go to the children for whom she used to babysit. A metal vase for flowers is installed at the gravesite

So she may have roses in summer, poinsettias in winter. Maybe in the springtime, I can bring her a hyacinth

If the frost doesn’t kill it.

I will shatter like aluminum foil in a microwave oven, Bringing the house down with me.

It wasn’t until months later when I was standing at Kait’s grave, stoic as ever, holding a chrysanthemum plant, that I became aware of an inhuman wail like the howl of an animal that has lost its cub, and when I glanced around for the source, I discovered it was coming from my throat. The hideous sound continued until exhaustion overwhelmed.

I responded appropriately to reporters. I signed papers to donate Kait’s organs. I accompanied Don to select a coffin and a cemetery plot.

I wrote a nice obituary, though not a very long one, for aside from being an honor student and graduating from high school, an 18-year-old hasn’t had time to accomplish much.

And I never cried.

Those of us who have lost children grieve differently. The luckiest ones have support systems they can lean on until they are able to stand alone. Close friends who allow them to vent. A strong religious belief that provides them with comfort. A challenging career into which they can escape the daily reality of the unbearable. A group like The Compassionate Friends where they can find solace in sharing their burdens with others who are walking the same path they are.

I didn’t have any of those. Of course, I did have friends, but few were up to listening to our horror story more than once. After that, they wanted to switch to lighter subjects. I didn’t belong to a church and was unsure about an after-life. I’d developed a successful career as an author of young adult suspense novels, but found myself unable to write a fictional account of a young woman in jeopardy while our own girl’s murder remained unsolved. I was also advised by attorneys not to visit a therapist or join a grief support group, on the chance that I might someday be called upon to testify against my daughter’s killers. They told me I couldn’t afford to have a defense attorney discredit me by asserting that I had a history of emotional instability.

So when I woke in the night to the sound of gunshots and my daughter’s voice screaming, “Mother!” I wasn’t able to admit to having post-traumatic stress disorder. And when our family doctor offered me a prescription for Valium, I firmly assured him, “I’m doing just fine, thanks.” That doctor was bewildered by the fact that my blood pressure was soaring and I was beginning to have nocturnal seizures when I obviously was handling things so well.

But I did have one weapon that I wasn’t reluctant to use, and that was anger. The police immediately dubbed Kait’s murder a “random drive-by shooting,” but the circumstances pointed to something very different. Not only was I seething with fury at Kait’s killers, but also at a law enforcement agency that refused to follow up on overwhelming evidence, and a justice system that very definitely wasn’t working.

So, being a writer, I used the only tool I possessed and wrote a non-fiction book titled Who Killed My Daughter? in an effort to motivate informants and prevent the facts of Kait’s case from becoming buried. In the process of pouring my pent-up agony onto paper, I was able to relieve some of the tension that threatened to overwhelm me. It made me feel less impotent to see Kait’s story taken seriously by the reading public and aired on such shows as Good Morning America, Larry King Live, and Unsolved Mysteries.

I also began to be contacted by other families who were in our same situation and wanted their children’s botched murder investigations exposed. To help them bring their cases to the attention of the media, Don and I created and continue to maintain a website, www.realcrimes.com, for families of victims whose cases were incompetently or corruptly investigated. I help the families word their stories in a way designed to catch the interest of investigative reporters, and Don links documentation such as scene photos and autopsy reports. For us, that effort has given Kait’s short life meaning.

The knowledge that, whether or not our own child’s killers are apprehended, we might be helping achieve justice for somebody’s child, is making our grief more bearable.

I hear those screams and gunshots less often in the night now.

As I stated above, every bereft parent grieves differently, depending upon our personalities and the circumstances of our situations. It’s up to each of us to find ways to exorcize our grief in any way we can that permits us to function. And as we function, we grow stronger, and slowly we start to move forward, first in baby steps and later in longer, more purposeful strides. Of course, we sometimes backslide, but we start inching forward again because we are survivors.

People ask, “Will the pain ever end?” Personally, I doubt it. But we do start learning to adjust to it. We pick up our lives and keep moving forward because we realize that we are living our children’s lives as well as our own. Our children were extensions of us and therefore live on through us, attached to us by a cord that can never be broken. We cannot hold them in our arms, but we hold them in our hearts.

Lois Duncan is the author of more than 50 books, including Who Killed My Daughter? and its yet-to-be-published sequel, The Tally Keeper. More information about Kait’s murder is available at www.kaitarquette.arquettes.com. Lois and her husband, Don Arquette, live in Sarasota, Florida, and are parents of four grown children. Together the couple maintains the Real Crimes website at www.realcrimes.com, and Don is on the board of “Bridges,” a nonprofit organization serving families of victims of violent death (www.nianm.com). Lois will be keynote speaker Friday morning, and she and Don will be co-presenters of the “Walking the Process Following Murder” workshop and facilitators at the Sharing Session “Death Due to Murder.”