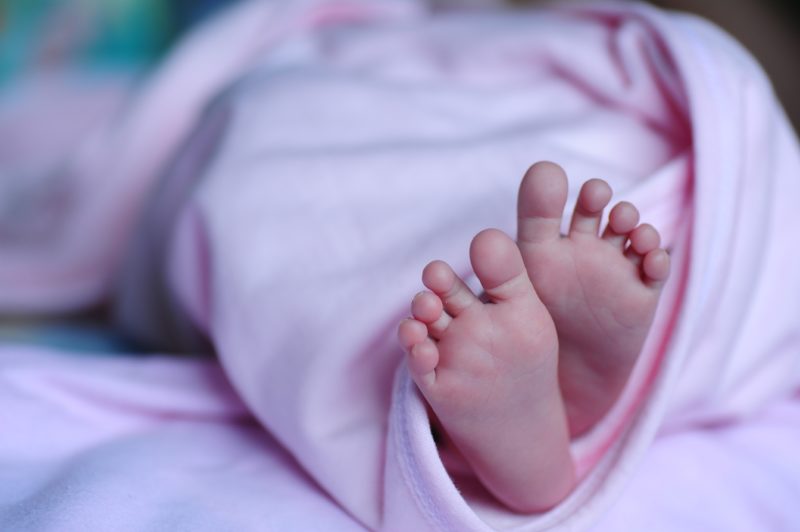 I had gone to bed early. It could be any day now and a grandma needs her rest. My daughter’s words pierced my dream,

This is where I was supposed to grab a few clothes and head out the door to their home just 15 minutes away. That’s what I was supposed to do. But when you’ve just woken up and you’re scared to death, your body doesn’t always cooperate.

But to better understand my fear, let me back up about six months or so.

We learned something new

I was watching my grandkids, guaranteed to put a smile on my face.  First, it was just Jude, then he was followed by Charlie and then Ruthie came into our lives. And now, we were to welcome still another little one. But this one was a miracle from day one.  As I waited for my daughter-in-law to come bounding in the house with details about her OB visit, I played with the others who call me, “Grandma.”

I heard the back door open and waited for the report, but one look at her face told me something was wrong. Just how wrong I would find out momentarily. Over the course of weeks, we learned terms we had never heard before, terms we wish we still didn’t know.

Trisomy 18. A chromosomal disorder. Sometimes referred to as an incompatibility with life. What? There’s such a thing?  Yes, and so I decided I would pray. I could do nothing about the prognosis which was terminal. I could do nothing about the heaviness of the situation but, I could pray. And pray I did. I stormed heaven.   And yes, there were times I crossed over from a petition to pleading. I remember it, and it happened more often than not.

How do you have joy when you’re told that your granddaughter will live and then die? I searched frantically for the answer to that. I couldn’t find it.  I tried to do what I do with movies that don’t end the way I want them to.  I tried to write a new ending, except…You can’t write the ending to a story you didn’t write.

Back to that phone call which finally got me into the car and over to my son’s house.  What I didn’t know at the time is that he called again and left a message. A recorded message I cannot erase.  Some recordings can never be erased. “Mom, Heather’s water broke. We’re in crisis mode now. I’m hoping you will be here any minute, but I don’t know what I’ll do if you’re not…”

My daughter and I got to their house. We found Heather in the van, Nathan about to jump in as soon as he apologized for having to leave things as they were. Fortunately, the kids were all asleep. We knew we would have to follow suit because kids get up early, it’s just a fact.  Finally I laid down, hoping to close my eyes a little before they all opened theirs.  And about 5:00 am my sleep was interrupted.

“Mom, would you bring the kids to meet their sister?” I remember dressing the kids on that January morning. And riding to the hospital. I didn’t know what I’d see.  I’d wipe a tear away, thankful the kids were still half asleep.

We got there and I knew the drill. The kids would go in first, they would all bond for a while and when it was my turn, I would meet the new little one. It never got old. When they were done visiting they joined their other grandparents while I slipped into the room.

And there she was. This one I had stormed heaven for. This little miracle who was not supposed to even make it to her birth. But no one told her.  And not only did she defy what was written in books, but she continued to do so.  She learned things, she laughed, she eventually drank from a sippie cup. She made raspberry sounds like her siblings before her. And she was a reality. Olivia Jane Peterson.

But she still had Trisomy 18. She would sometimes stop breathing and she gave her parents a number of scares. What I learned later was that she was not even expected to make it through her birth.
But she did.  She got to come home and hospice was involved from that first day.

In the beginning, every week was celebrated, then it became every month and at 1 year, we all praised God for the miracle we got to meet and love.

When Livie was 14 months old she got sick. And so many people prayed and she recovered. But when she got sick again, her little body could not fight it. And though thousands joined us in prayer, Livie took her last breath here and her first in heaven.  Now I would go to their house and the heaviness was all around. It didn’t matter that we knew she was terminal. Because she had defied so many things, we willed ourselves into believing she would continue to do so.  I remember when Charlie who was six at the time explained why they named her Olivia.
“Because it has the word “live” in it. We want her to live.”

She’s been gone three years now. But the spot I reserved in my heart is still there. No one can take it. Not even her precious baby brother, Benjamin, who was born 18 months ago.  No one can take her place. And that’s as it should be.

I miss Livie. When a baby dies, you not only miss the little bit you got to know about them, you miss all you didn’t know. All the things you didn’t get to do.  A baby’s death heartbreaking. Not only because you miss them, but because you watch everyone else who misses them.  Like her sister, Ruthie, who aches to see her, “Grandma, what will I do when Livie falls out of heaven and I can’t catch her with my arms?”

When someone stops breathing, their life as we know it ends. But let me tell you what doesn’t end.  Love. The love you had is still there. It will always be there.  You grieve, it’s one way you express that love. Albeit not our best choice.  And you take your love and store it away for the day you’ll step into heaven and see the ones you’ve lost.

I’ve gone through a lot of emotions since Livie has been gone.  Sometimes my heart feels fragile. But I know the one who allowed her to be with us and I am eternally grateful.

Yes, she had Trisomy 18. And yes, she died. But we did get to meet her. To hold her and to instantly love her.  One day, we’ll see her again. And I’ll thank God in person for letting us have Livie.  She’s been gone, but she’ll never be forgotten.

That’s how love is.

Anne Peterson is a poet, speaker and published author of 14 books. Anne is well acquainted with grief having lost her parents, 3 siblings, and most recently her baby granddaughter. She wants those who are hurting to know they are not alone. Sign up for her newsletter at www.anneterson.com and receive her free eBook, ”Helping Someone in Grief: 17 Things You Need to Know."