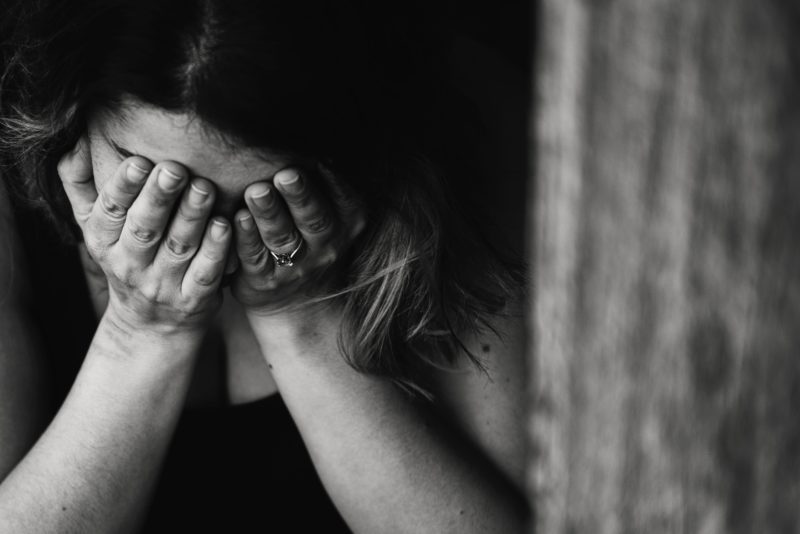 As a national writer and speaker on grief, I am most recognized for the death of my nine-year-old son, Kelly James Carmody, who died of a malignant brain tumor in 1987. That event changed my life forever, but many may not know of other familial losses I have incurred that was also instrumental in forming my life. Like the corner pieces of a puzzle, our losses define the foundation, of our life portraits; they create our today.

I have now realized in a recent epiphany that for all the years I knew my mother, she was a bereaved parent. I have lived with a bereaved mom my whole life. Things now seem more transparent, and I understand her better than I ever have before. I also am a bereaved parent now; I get it. I now look at my life and put all our family losses together and realize how much my mom lost. She had buried a young husband, her only sibling, three of her children, and three grandchildren, the first child had died before I was even born.

Five years before I came along, my mother gave birth to her fifth child John, who was healthy and full-term, but the umbilical cord was wrapped around his neck, strangling him at birth. John’s life was buried with his body and was never mentioned again; an unfortunate incident. You move on; you get over it; you can have other children. She did, giving birth in 1955 to two more children, a boy and girl set of twins; me and my sister Sandy.

In 1969, my father died at age 49. A year later my mother’s only sister died, and in 1978 my older brother David died in a state mental institution. My mother continued to put each death behind her and move on with minimal tears and emotion. Dead is dead; you buck up, get over it, and get on with your life.

In 1984, my twin sister, Sandy, was killed at age 29 with her two young sons in an auto accident. She had a set of 18-month-old boy/girl twins at home when she died. My mother reacted the same way; “What is done is done, son; we have to put it behind us.” I struggled to bury my grief away, and then less than two years later my son was diagnosed with cancer. I had to fight that fight to save my son, and put my sibling grief on hold for a long, long time. I was getting good at it.

We were the twins, a curiosity and oddity being boy/girl twins, and some questionably intelligent people would seriously ask if we were identical. We were “the twins.” Of course we did not dress alike and we each had our own friends, but we were special unto ourselves. We also shared our friends and had big parties together with quite a mix of everyone. I was a straight-A student, and she was not. She got pregnant young and never graduated. I went to college. She was Goofus; I was Gallant (an old cartoon found in a kid’s magazine at the dentist’s office). She was a fundamentalist Christian, and I am a New-Age seeker of enlightenment. As kids, Mom would make Sandy a devil’s food chocolate cake; I would get the white angel food cake. We were so different in so many ways, but we were so much in touch in the wordless way that only twins would understand.

I still feel the void of her physical presence in my life big-time and always will. I still miss her so much, but I have felt a connection with her on a spirit level through the years in signs and dreams, and I know she is around always; even her children—now adults—feel her presence, someone they cannot even remember in life.

Grieving my son was the hardest challenge I have ever faced. His death was the straw that broke the camel’s back; I felt totaled, beaten, and apathetic. I wallowed in a wasteland of broken dreams and non-ending despair that lasted for almost ten years. I grieved like I was taught and put it behind me, until one day I walked by a photo of my son and I dropped to my knees in newfound agony, screaming loudly to the heavens, “I cannot live like this. I cannot pretend this did not happen!” I embraced the deaths of my son, my father, my brothers, my sister and her boys; I sucked it all in like a newborn taking its first breath. I started living and feeling my losses, grieving, mourning, and lamenting to all who would listen.

It is never too late to process your loss. I could not fully work through the enormity of the death of my son before I processed all my other losses in a proactive way. So many times the losses experienced by young children are marginalized. Whether they lose a parent or a sibling, they are expected to get over it quickly and encouraged to be strong. We learn at a young age to hide our feelings, and it may take years before we process the total assault to our psyches.

If you are a sibling who has experienced the death of a brother or sister at any age, recognize it, take it out of the closet, and talk about it with pride rather than shame or embarrassment. Also remember that your parents are changed forever and may still be falling apart inside; forgive them their shortcomings, for they are bereaved parents. Bring your sibling back to the dinner table; keep them in your life and in the conversation with your parents and your friends. Dead is not gone, and we do not have to let go; we do not get over loss, we learn to live with it, it is part of us. Knowing that, not only can we survive, we can thrive.

Mitch Carmody (Kelly’s dad) GSP, CCP is a long time TCF presenter and author of Letters To My Son, turning loss to legacy. He is the creator of Proactive Grieving® seminars that features the S.T.A.I.R.S.TM model of grief processing. Mitch is the host of his own radio show “Grief Chat” and created the YouTube channel MrHeartlight which supports grievers around the world. He uses an organic holistic approach in processing grief with a focus on balancing the mind, body, soul, and spirit to reduce anxiety and build resilience when challenged with trauma and loss.