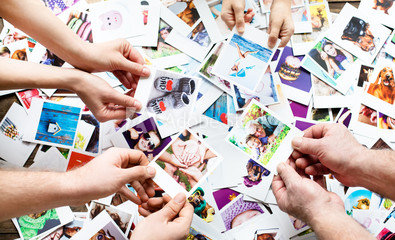 Christmas has ended, and the living room still has that unwrapped look. With the festivities now part of future memories, I anticipate the next hurdle: the start of a new year. The TV commercials romanticize champagne toasts illuminated by glowing candles. People make resolutions, hopeful that this brand-new unblemished year will be the one that fuels their successes.

For the parent who has lost a child to death, a new year can be daunting.  The first New Year’s Day after my son Daniel’s death was scary.  I wanted to hold onto 1997.  Although it was the year he’d lost his battle with cancer and died, it was also the year he’d lived.  1998 would mark the first calendar year without him.

For some reason, the image of an old-fashioned wooden bucket came to me.  With this item, I heard the word carry.  That’s it, my newly-bereaved mind said. The key with a new year is to carry the old into it.

So here we are, on the brink of another year, a new decade, with fresh hopes and dreams. A clean slate.  There are many things about 2009 I wish to forgive and forget, but I don’t want to ever forget my son.

Each year marks a year further from when I last held him, heard his voice, and saw his smile. I yearn to hug him, tell him how much he’s grown, and ask him what he’d like for dinner. My heart feels that distinct hollowness and sorrow that belongs to a mother without her child.

But the bucket I have isn’t hollow. It is brimming with memories and fondness, warmed with love and laughter; I hold it tightly.

Just as I carried Daniel’s four-year-old memories into 1998, now — thirteen years later — I will continue to carry them.  And I will do more than just hold them, I’ll let them trickle out, forming their own glow, as I share this special boy with my world.  “Wasn’t it funny when Daniel called adults redults?  Do you remember how he gave stickers away in the hospital, and once when bored made a collage out of baby lotion and glitter?”

Daniel lived, he loved, and I believe he continues to live in Heaven.

So, get yourself a sturdy bucket and carry.  Boldly carry the memories into the new year.  Along the way, give yourself permission to forgive.  Let the memories you recall be the brightest ones.

Listen.  There is nothing to fear. Listen. Your child’s voice can be heard in your heart.

Written in 2013 by Alice Wisler

She has four children--Rachel, Daniel, Benjamin and Elizabeth. Daniel died in 1997 from cancer treatments at the age of four. Since then, Alice founded Daniel's House Publications in her son's memory. This organization reaches out to others who have also lost a child to death. In 2000 and 2003, Alice compiled recipes and memories of children across the world to publish two memorial cookbooks, Slices of Sunlight and Down the Cereal Aisle. In 2013, she published Memories Around the Table, which holds the recipes and memories of loved ones of all ages.